Rewriting the 6th Amendment: Right to a Speedy Plea Bargain

Posted on October 20, 2016 by pauliticalscience

A recent New York Times study, authored by Benjamin Weiser, found that, out of 63,000 federal defendants convicted in 1997, only 3,200 were done so by a jury of their peers. Since then, the number of federal convictions has increased to 81,000, while the number of jury trials has decreased by nearly half, to 1,650. Indeed, the Cato Institute reported that only about 5% of criminal cases will ultimately be adjudicated by juries.

This trend in the nature of the criminal justice system is not what our constitutional founders envisioned: indeed, the 6th Amendment to the Bill of Rights explicitly guarantees certain rights and safeguards for the accused, including the right to a speedy and public trial by an impartial jury.

The reasons that the founders outlined this as an explicit right are not difficult to extricate from their political philosophies. Timothy Lynch, the director of the Cato Institute’s Project on Criminal Justice, wrote in a 2003 piece titled The Case Against Plea Bargaining:

Because any person who is accused of violating the criminal law can lose his liberty, and perhaps even his life depending on the offense and prescribed penalty, the Framers of the constitution took pains to put explicit limits on the awesome powers of government.

They, instead, decided to instill this power in the hands of one peers, “peers” referring to individuals “of the same legal status,” “residing in the state and district wherein the crime shall have been committed.” They would base their judgement not solely on whether the offense committed fit within the strict confines of a legal statute, but rather based on a holistic consideration of the individual’s life circumstances, the context surrounding the offense, and the values of the community in question. This logic also parallels our Founders’  belief in a strictly-constrained federal government and local self-rule: legislators in Washington D.C. do not necessarily hold the same values as local communities, and thus any federal statue they may impose may inevitably lead to the infliction of punishments that ultimately do more harm than good.

Indeed, the forces underlying and driving the trend away from civil and criminal jury trials do ultimately find their roots in Washington D.C. According to the New York Times article:

Legal experts attribute the decline primarily to the advent of the congressional sentencing guidelines and the increased use of mandatory minimum sentences, which transferred power to prosecutors, and discouraged defendants from going to trial, where, if convicted, they might face harsher sentences.

That is, prosecutors are able to use congressional sentencing guidelines and mandatory minimums as leverage over defendants to enter plea bargains; in exchange for a speedy process, defendants are given “lenient” sentences.

John Gleeson, a former judge on the federal bench in Brooklyn, argued that the:

‘thin presentation’ of evidence needed for indictment ‘is hardly ever subjected to closer scrutiny by prosecutors, defense counsel, judges or juries. The entire system loses an edge, and I have no doubt that the quality of justice in our courthouses has suffered as a result.

This usurpation of the strict consideration and examination of evidence could prove troubling to progressives and conservatives alike, as Tim Lynch argued in a July 2011 article appearing in the libertarian magazine Reason:

One point often stressed by progressives is that trials bring scrutiny to police conduct. But when deals are struck in courthouse hallways, judges never hear about illegal searches or detentions. This only encourages further misconduct. Conservatives, meanwhile, are right to wonder whether overburdened prosecutors give the guilty too many lenient deals. Why should an armed robber get to plead guilty to a lesser crime such as petty theft? 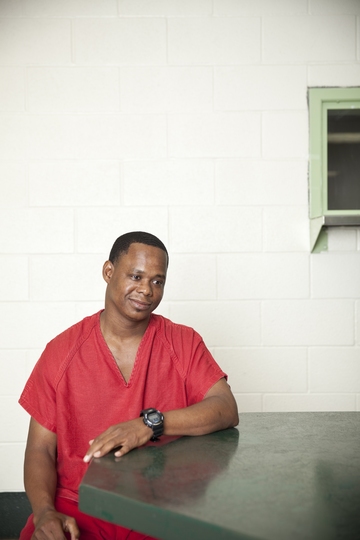 Although the public defender, Julia Gatto, representing Mr. Issa had “believed that elements of her case were weak and that there were strongly mitigating circumstances,” Mr. Issa ultimately pleaded guilty to the latter charge, receiving a 57 month sentence, in exchange for the dropping of the former. Progressives would argue that Mr. Issa was never given the realistic opportunity to defend himself, given the relative risk associated with doing so; conservatives would argue that a possible terrorist was let off the hook, potentially endangering other lives, in exchange for a speedy trial. An interview with Mrs. Gatto on the case can be heard here.

Are there any upsides to the decreased use of jury trials?

Weiser argued that “to some extent the number of pleas that are hammered out allow the system to keep moving forward,” while also cutting down substantially on costs to the taxpayer. However, “the condition upon which God hath given liberty to man is” not temporal expediency or pecuniary efficiency, but rather “eternal vigilance.”

This entry was posted in Conducting trials, Summoning juries. Bookmark the permalink.

1 Response to Rewriting the 6th Amendment: Right to a Speedy Plea Bargain